Many Windows users are unhappy with Microsoft’s choice to spy on its users and many privacy conscious users even opted to not to update to Windows 10 and stick with older version of Windows i.e. Windows 7, Windows 8 or Windows 8.1.

But now it seems like Microsoft’s goal to snoop on its users is so strong that they have now released several updates for their older versions of Windows that provides them with a capability to spy on Windows 7, 8 and 8.1 users too.

The two recent Windows updates having the identification number, KB3075249 and KB3080149, grants a capability to Windows to capture and send your data to company’s servers.

Here’s how Microsoft has described these two updates:

KB3080149 – This package updates the Diagnostics and Telemetry tracking service to existing devices. This service provides benefits from the latest version of Windows to systems that have not yet upgraded. The update also supports applications that are subscribed to Visual Studio Application Insights.

So once both of these updates are installed on your computer then Microsoft may possibly spy on you in a similar way Microsoft Windows 10 does, and all your data will be sent to Microsoft servers.

That is not all. Privacy-conscious users of Windows have pointed out that there are numerous other updates released by Microsoft that either grant the company an access to your data or forcefully updates your existing version of Windows 7, 8 or 8.1 to the latest operating system release, Windows 10.

If you want to stick to Windows 7, 8 or 8.1 and want to remain untracked then we will recommend you to stay away from the following updates:

KB3035583
(Get Windows 10)
(C:\Windows\System32\GWX\GWXConfigManager.exe)
(Update enables additional capabilities for Windows Update notifications in Windows 8.1 and Windows 7 SP1)
(optional)
(was updated and re-issued which is why they re-appeared (and will probably keep reappearing as Microsoft tweaks them every month or so)
(Microsoft has now changed KB3035583 to be (recommended), which will have that update download and install automatically)

KB2990214
(Get Windows 10)
(Update that enables you to upgrade from Windows 7 to a later version of Windows)
(KB article contains the Wu.upgrade.ps.dll file)
(optional)
(obsolete)

HOW TO SEARCH FOR SNOOPING WINDOWS UPDATES

If you are still using Windows 7 or Windows 8 and want to keep your data away from the access of Microsoft then we will highly recommend you to stay away from the above-mentioned updates.

Step #2 – In the Command Prompt box, type cmd or cmd.exe and press ‘Enter’ key on your keyboard.

Now there are two methods to check whether any of the snooping updates has been installed on your system or not.

If you want to check for updates one-by-one then use Step #4a,

Else, if you want to speed up the searching processes then use Step #4b.

Step #4a – Run the following command to check for a single update. Just change the update code to search for another update. get-hotfix -id KB3075249

Once the above command is processed successfully and if any update is found then the command prompt will return some information about the update like its source, description, ID and installation date. As shown in the screenshot above.

And in case no update is found on the system then the command prompt will return with some errors written in a red colored text. The error message should read, “Cannot find the requested hotfix.” This shows that the searched update number is not installed on the system. As shown in the below screenshot.

Step # 5 – When you are done with the searching process, type exit and press ‘enter’ key to exit from the Windows PowerShell mode.

HOW TO REMOVE/UNINSTALL SNOOPING WINDOWS UPDATES

If you want to uninstall any update from your system then use the following guide:

Step #2 – In the Command Prompt box, type cmd or cmd.exe and press ‘Enter’ key on your keyboard.

Step #3 – A new window will open. Execute the following command to uninstall any update from your system. Just change the update number you want to uninstall.

Step #4 – A new Windows Update Standalone Installer prompt will pop up, asking you if you want to uninstall the following Windows update.

For the following two updates, it is recommended to install them but to modify the registry with following procedure after installing them:

After installing either of the above updates, open regedit and navigate to
HKEY_LOCAL_MACHINE-> SOFTWARE -> Policies -> Microsoft -> Windows

The following services should be removed:

note - if you have error for command echo "" > C:\ProgramData\Microsoft\Diagnosis\ETLLogs\AutoLogger\AutoLogger-Diagtrack-Listener.etl

Show hidden system files
Right-click C:\ProgramData\Microsoft\Diagnosis and go to security and add your user with full access
Do this for the ETLLogs and Autologger folder too
Do this for the AutoLogger-Diagtrack-Listener.etl file
then run the command again
now continue below

Now you can reboot.

When you open Windows Update again it will ask to install whichever updates above were removed. Right-click on each one and select “hide”.

Finally, log in to your broadband router and look for an option like “content filtering” or “block sites”.
Add the following hosts to be blocked. On my Netgear router each host is a keyword that must be added.

note - below address can be added to host file 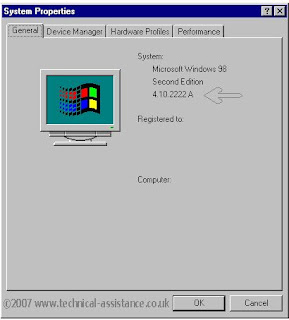 Windows 98 USB Mass Storage Device Drivers USB flash drives and other USB mass storage based devices are becoming more and more common. Unfortunately, they often do not come with drivers because Windows Me, 2000, XP and Vista all come with generic drivers already installed. This way all you need to do is plug the drive in, Windows will recognise it and you will automatically see the drive in My Computer. Windows 98, especially in it's second edition (also known as Windows 98SE), handles USB fairly well, however there are no generic/universal mass storage device drivers preinstalled in the operating system, so you will need to install some additional drivers for it. Some manufacturers do however, provide the Windows 98 drivers on CD, others have them available to download, and others simply do not have them available at all. If you are using Windows 98, and you do not know the manufacturer of the storage device, or you can't find the drivers, what can you do? Fortu